Inis ecologists were conducting surveys in West Limerick when this Irish Hare (Lepus timidus hibernicus) decided to investigate the Inis survey van. It’s rare to encounter these, usually timid, animals in such close quarters. The Irish Hare is a distinct subspecies of Eurasian Mountain Hare Lepus timidus and is endemic to Ireland. One of the key differences is that the Irish Hare doesn’t swap its russet brown coat for a white coat during Winter. It is also the only lagomorph native to Ireland. The other species present on Ireland, the rabbit Oryctolagus cuniculus and the Brown hare Lepus europaeus were artificially introduced. 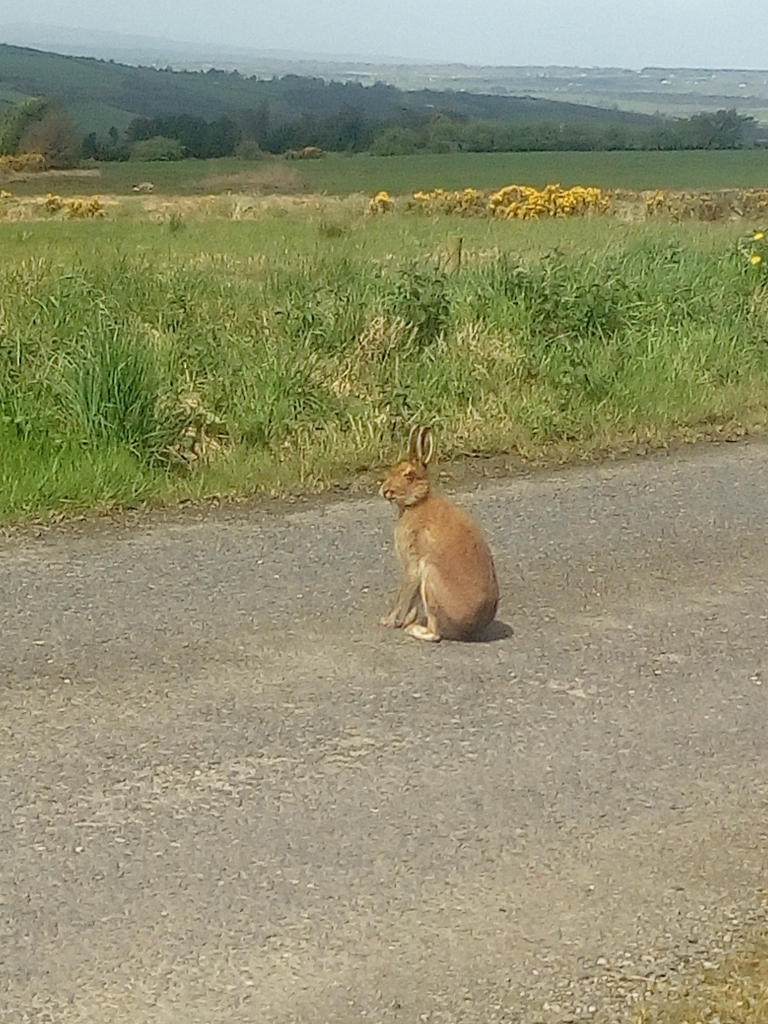