INIS ecologists were surveying birds in Co. Tipperary last week close to an area in which we had recorded Marsh Fritillary (Euphydryas aurinia) larval webs in September 2016. A follow-up visit revealed the presence of two pairs of mating Marsh Fritillaries and two more separate adults. Numerous Small Heath (Coenonympha pamphilus) butterflies were also observed on the wing at the same site.

The Marsh Fritillary is declining in most European countries, and whilst populations in Ireland may be faring better, this butterfly is still under pressure from the effects of drainage and intensive grazing.

INIS ecologists are currently conducting extensive flora and fauna surveys across the country. 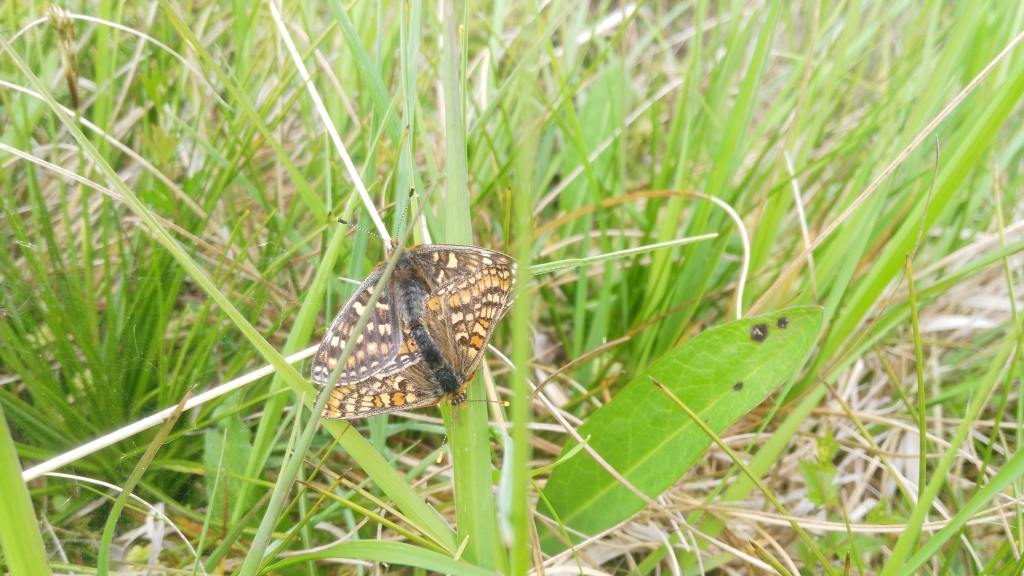