Inis Environmental Consultants have been appointed as Ecological Clerk of Works for an overhead grid connection cable for a wind farm in the west of Ireland. As part of the works, INIS has oversight on mitigation for the protection of sensitive aquatic habitats in the surrounding landscape.

Some of the poles which make up the grid connection are located on areas of blanket peat, therefore special precautions are needed to protect sensitive aquatic biodiversity from the threat of silt-laden water, which can result from such works. In order to avoid this, certain mitigation measures, overseen by INIS, have been put in place on site.

Excavated spoil is being contained within silt fencing to avoid runoff to neighbouring streams and rivers. Where excavations are filling with rainwater and groundwater, the water is being pumped out through silt bags (see photo). Silt bags ensure that water discharged to the environment is free from dangerous amounts of silt.

Fish species, in particular, trout and salmon are sensitive to the effects of siltation; silt deposits on spawning grounds can deprive eggs of oxygen and cause mortality.

INIS regularly oversees work such as this in sensitive water catchments. 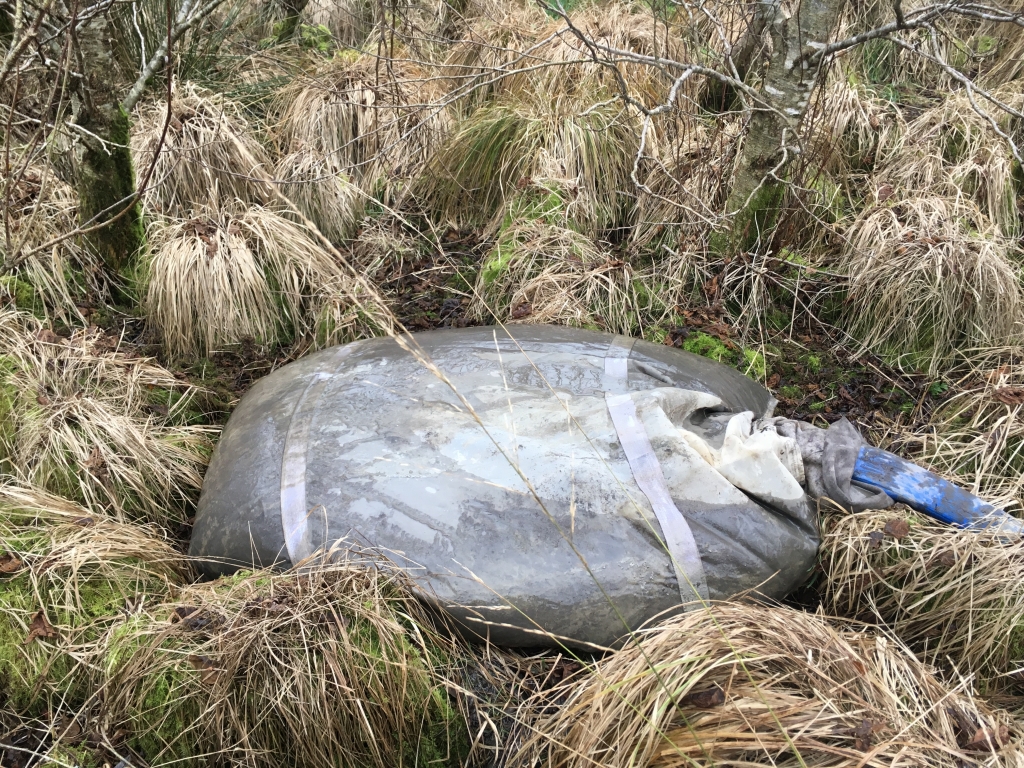